We hope you had a great summer - but Fall is here! (despite temperatures approaching 90). Color is creeping into the northern reaches of the Kingdom, and Oktoberfest took over the Burlington waterfront this weekend.  As summer fades to fall we wanted to take a moment to update you on a couple of important issues, and as always, please feel free to reach out with your questions and comments.

Education Update
Vermont kids are back in school!  Mostly… Burlington teachers spent a week on the picket line over contract negotiations. Their starting point? A salary increase of 6.6 percent, which was a non-starter for the Burlington School Board.  But, as one might surmise, this contract dispute actually had little to do with pay or working conditions for teachers in Burlington and more to do with last spring’s showdown between Governor Phil Scott and the VTNEA (teachers union).

The deal reached during the Legislative Special Session, last June, will re-open teacher health care contracts statewide for a second time in 2019 allowing the discussion around a statewide teacher health care contract to continue.  The problem?  Teachers have already switched plans in 2017 and likely won’t take kindly to losing any coverage they already have.  They would have already been required to change plans this year because the current ones were no longer being offered.  That being said, even if a statewide teacher contract was reached in 2019, savings would likely be less than one percent.

Campaign for Vermont has long advocated for rethinking how public education is delivered in Vermont. The  current system is awkward and clumsy.  It is slow to adapt and has demonstrated an inability to keep up with changing demands.  Vermont is losing approximately 10,000 students every decade, while the infrastructure and delivery model has yet to adjust. This puts pressure on our state’s smallest schools, already struggling to educate our kids, and creates untenable choices about which classes will be cut.

Poverty Rate on the Rise
Just this month the Census Bureau released national poverty rankings by state, Vermont was the only state that showed an increased rate of poverty.

Campaign for Vermont’s mission, reason for being, is to develop and advocate for policies that will help create prosperity for all Vermonters. Although economic growth is on a steady upward trend, these kinds of numbers reflect a failure on the part of state government. Jobs exist - good paying jobs - but we are failing to either properly train or connect workers to those jobs. Deep breath; yes this might be a blip, or a correction as some economists are calling it, but the point is these numbers should be trending down, not up. 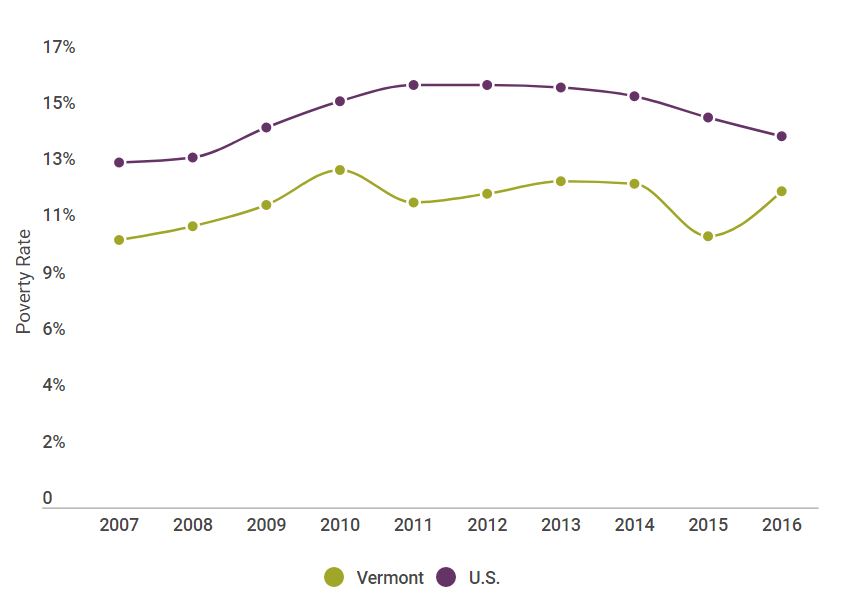 Recently, commentator Bill Schubart authored an opinion editorial on this  topic - it's  worth a read: https://vtdigger.org/2017/09/24/bill-schubart-understanding-reducing-poverty/#.Wcj9tch95PY

Vote for Vermont
As you may be aware, Campaign for Vermont continues its co-sponsorship of Vote for Vermont. The show is co-hosted by Pat McDonald. Pat and Ben Kinsley sat down with the head of Vermont's largest state agency to talk about the challenges of serving Vermonters. 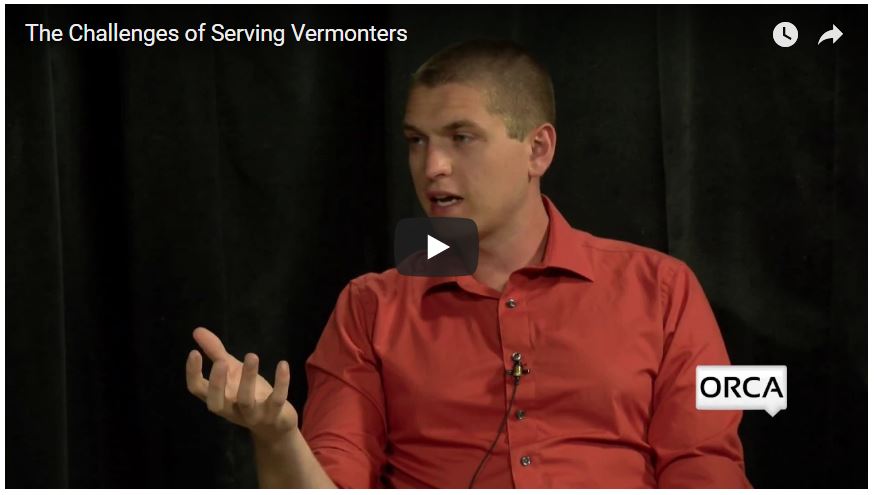 Take a look at some of the past interviews conducted by Pat and Ben at Vote802.com.