Campaign for Vermont has been fighting for YOU in Montpelier; fighting for an accountable and transparent government, a sustainable state budget, and an affordable quality of life. While the legislature has finally listened to warnings about the growth in state spending, property taxes are still out of control. 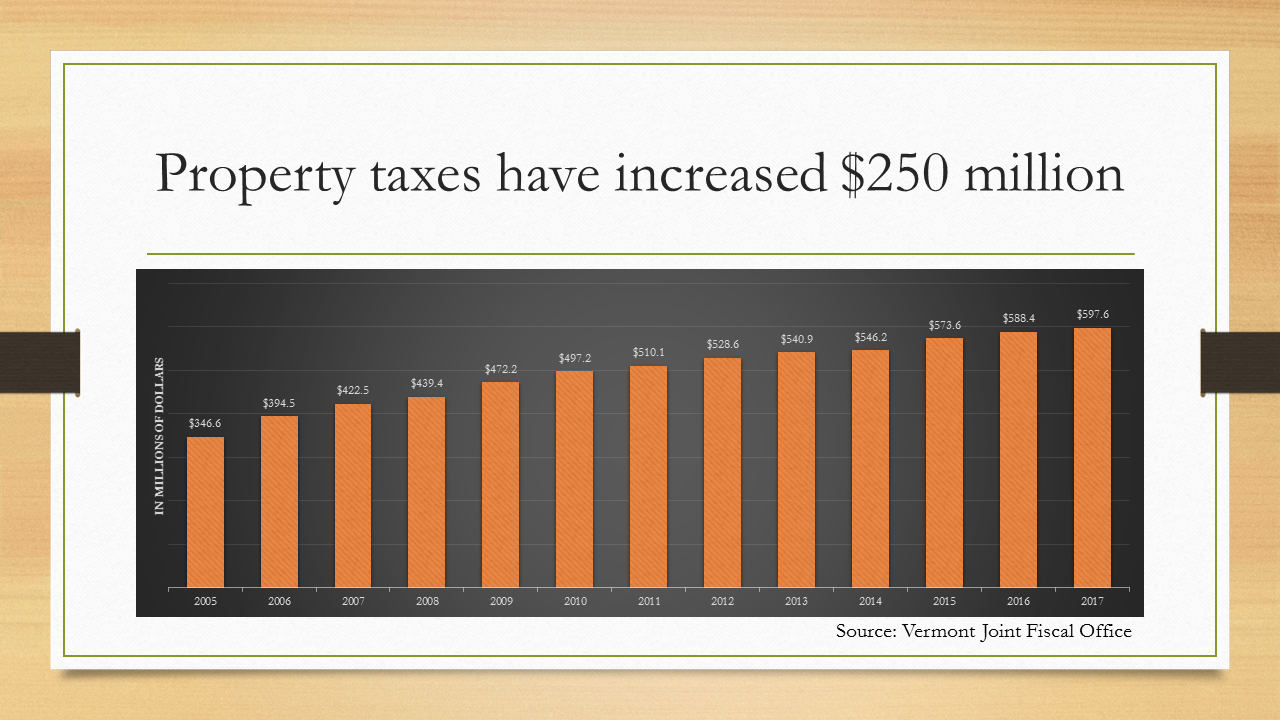 Backers of Act 46, the “massive” school governance consolidation law that promised to save taxpayers money, have said it will only “bend the cost curve.” Translation: your property taxes are still going up! In fact, members of the State Board of Education (who are responsible for implementing the law) said earlier this year that Act 46 will NOT save taxpayers money.

It’s time for a real property tax solution, one that won’t take decades to implement but will generate real savings for Vermonters. Our plan to re-energize Vermont’s public education system could create $350 million in property tax relief, re-invest in our children’s futures, and generate real economic benefits for our state.

But, this plan won’t happen by itself. It takes hard work, well-researched policy recommendations, and thoughtful lobbying of our legislative leaders to enact change. Help support these efforts by giving $10 today to help us reduce Vermont’s property tax burden.

Governor Scott Compromised
Last week, Legislative leaders and the Governor came to an agreement over the budget that guarantees $13 million in savings for property taxpayers by forcing local school districts to find the savings through contract negotiations or another means. This is somewhat similar to the Governor’s initial budget proposal that was rejected by the Legislature in January that would have forced school districts to level fund. The compromise also re-opens teacher healthcare contracts in two years to allow for a debate about moving to a statewide contract for teacher’s healthcare plans. These savings represent about 1% of the homestead property tax burden in the state – less than $50 to the average family.