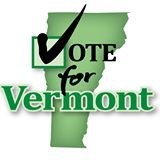 The problem stems from the lack of a clear definition of independent contractor and employee. And while this is not a headline grabbing issue, it has an impact on unemployment insurance (UI) and workers compensation (WC), Vermont’s economy, and you - the consumer.

There is a test called the ABC test which the Department of Labor uses to determine the nature of the relationship between an employer and an individual. All three criteria must be met before an individual can be deemed an independent contractor (not an employee). But the ABC test is open to interpretation and does not give the needed clarity. You have probably heard the term “misclassification” which occurs when a business does not classify a job correctly because of the ambiguity that exists.  Sometimes if a business misclassifies a job and they are audited, their insurance company could decide there are significant back premiums owed to the UI and WC funds.

Last year the House Commerce Committee unanimously passed H.867 with bipartisan support. But objections were raised by organized labor unions after the bill was voted out of committee. Their objection was they want to see as many individuals as possible classified as employees which would assure UI and WC coverage. In response to the objections of organized labor, the bill was sent back to the committee to work on a compromise. The additional recommendations did not maintain the clarity that the committee members felt they had achieved in the original draft H.867 and an agreement could not be reached.

What are the pros and cons of this issue to individuals and businesses? First there are individuals who like the freedom afforded to them by being an independent contractor.  For example, especially in this digital age, there are individuals who like to take on numerous projects from different businesses.  They may work from home and have the freedom to manage their workload themselves, make arrangements that meets their individual needs and schedule. An example was given of a woman who worked for a tech company and started her own consulting business so she had more flexibility to stay home with her child. Her intent was to continue working for her former employer and a few other businesses. Because her contracting services were considered “like work” to things that she was doing while she was an employee, they were not able to hire her as a contractor.

In conclusion, all our guests agreed that predictability is the answer to resolving this long-standing problem. Hopefully this issue will be resolved during the 2017-2018 biennium. If you would like to see the show please go to vote802.com for a complete listing of Vote for Vermont shows or our YouTube channel for the shows done in partnership with Campaign for Vermont Prosperity.