As 2016 winds down and we celebrate with family and friends, anticipation builds for what the new year will bring. Here at Campaign for Vermont Prosperity, we have been busy refocusing. We want our organization to be more effective at advocating for needed policy reforms like ethics legislation, government accountability, and locally-controlled education.

In our last email we announced our Vision for Vermont and the metrics we would use to measure our success in moving the needle on these goals – one of which is to create a more informed and engaged electorate. To that end, this month we announced a partnership with Vote for Vermont, a weekly television program distributed by ORCA media and picked up by nearly a dozen stations around Vermont. This partnership will allow CFV to reach an audience we have not yet tapped into and give us another platform to help better inform Vermonters about policy discussions going on in our state. You can watch the announcement by clicking on the window below: 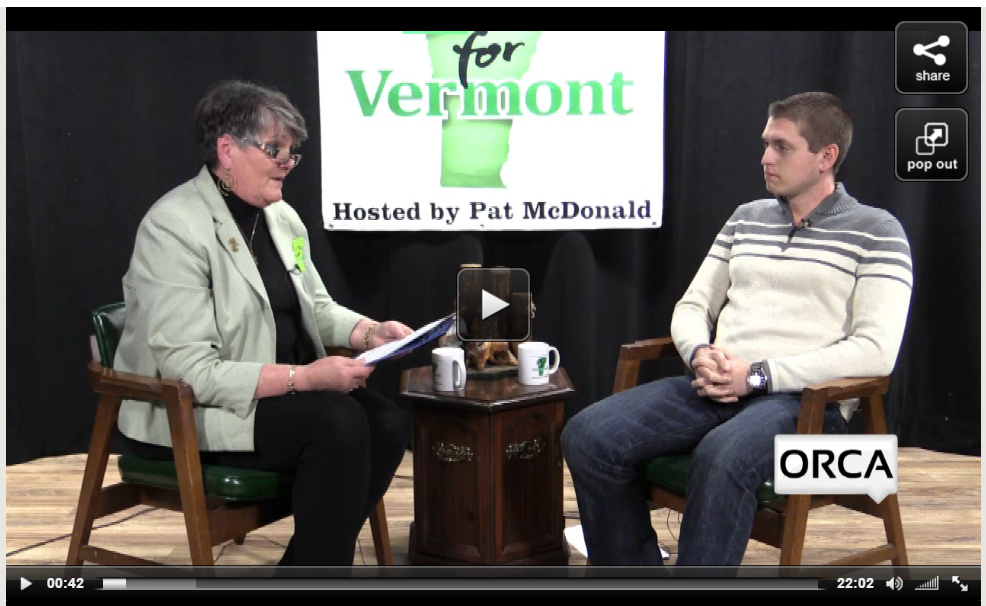 We have also been busy building a coalition around ethics reform – we believe that Vermont can join the 47 other states that have ethics regulations for public officials in 2017. We have also been developing a group of Vermonters that are concerned about the trajectory of our education system. There are pockets of concern around the state surrounding the Act 46 school consolidation law, but none of these groups have organized at a statewide level until now.

As the leading opposition group to Act 46 we have followed the conversation closely and we now see an uprising of support for school choice and local control of our education system. We are taking this fight to Montpelier. You can see our Opinion Editorial published last week in the Caledonian Record that highlights the State Board of Education’s claim that Act 46 is a “huge success” (spoiler alert: it’s not).

As you wind down from the holidays, we ask that you consider making a year-end gift to Campaign for Vermont Prosperity. Your support allows us to continue advocating for issues that are important to you. For as little as $10 per month you can become a Supporting Partner and help to ensure that your voice is being heard in Montpelier. You can also give a gift on behalf of a friend of family member. We believe an education system that is dynamic and offers students choices is critical to the future success of our state and perhaps more importantly, our children. Vermont is on a path that will result in sacrificing the choices we do have for structural uniformity that benefits not students, but administrators. The diversity and uniqueness of our schools is what makes them special and we are at risk of losing that.

Have a happy and safe holiday season filled with love, family, and friends.