We have put together a short tutorial on how to get started: 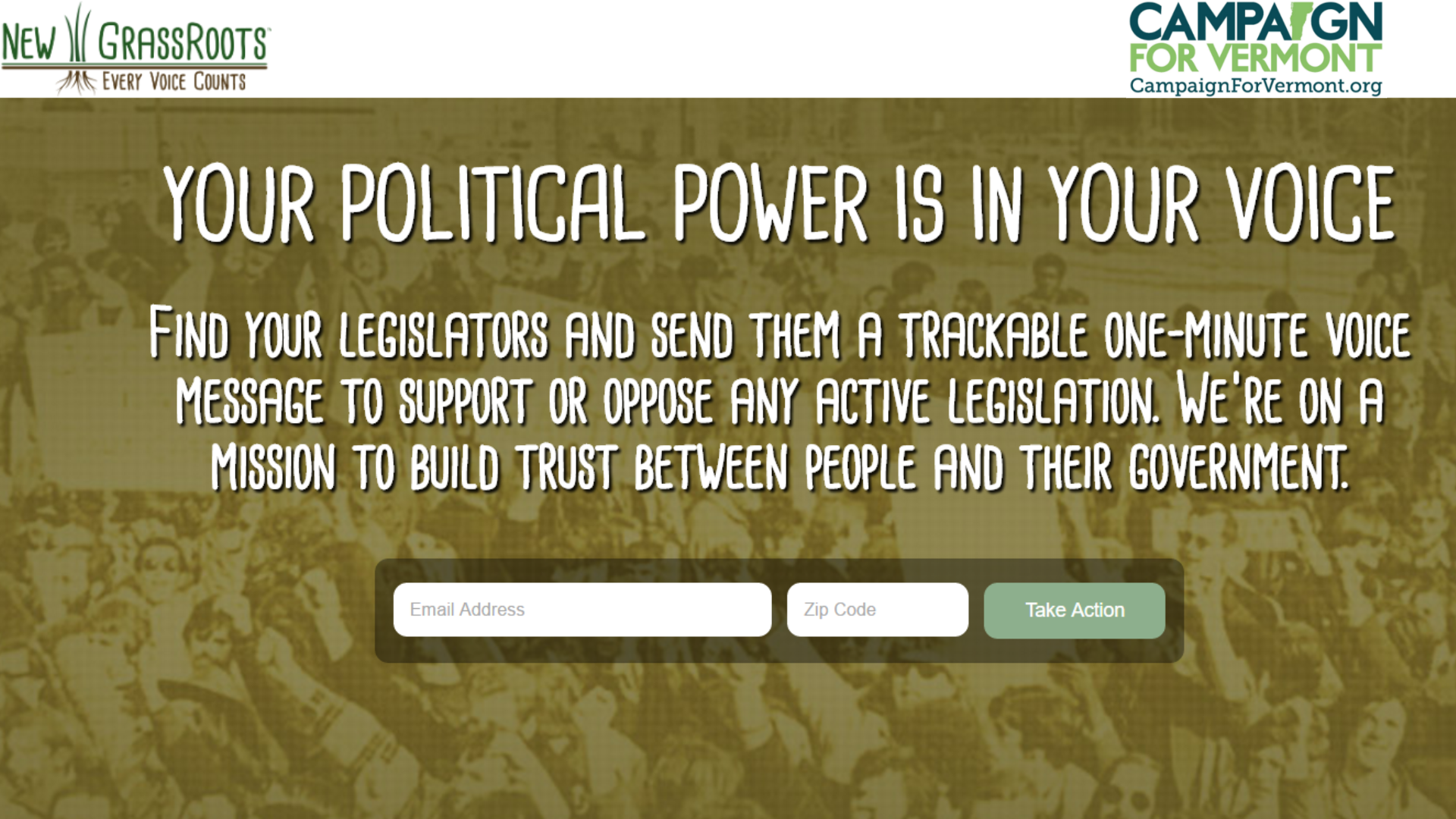 Campaign for Vermont is excited to bring you this new way of connecting with your elected representatives and creating a more engaged and active electorate.

Ethics Reform:
Vermont set snowfall records this week, but we are also setting records for lack of ethics oversight… Join us to support our campaign to pass ethics laws in Vermont.

The House Government Operations Committee is set to take up the ethics bill (S.8) this week. Campaign for Vermont will be there advocating for strong and enforceable ethics laws to hold our public officials accountable. We are planning to organize a grassroots campaign to support this initiative, but we need your help to make it happen. Go to CampaignForVermont.org/support_ethics_reform to join the effort. 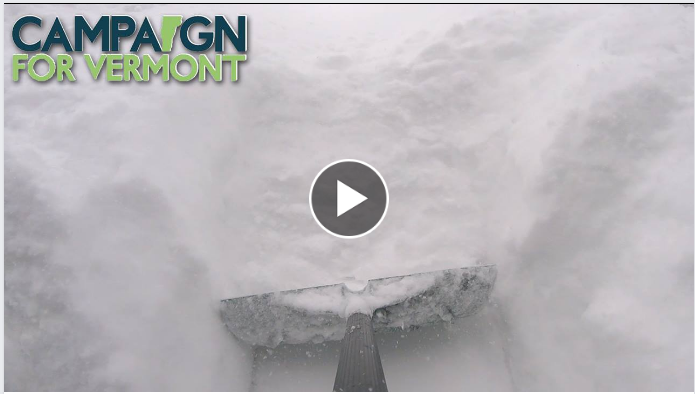 State Budget:
Lawmakers are still struggling with how to close the remaining $18 million budget gap, and they have gone back to Governor Phil Scott asking for more cost-saving measures. Scott’s administration officials have responded that all the cost-savings the Legislature has implemented so far have been their recommendations and it’s now the Legislature’s turn.

There doesn’t appear to be a clear resolution in the near future, and this is before factoring in lake cleanup, mental health, and pension funds – which have been chronically underfunded. Campaign for Vermont has a proposal that could save taxpayers hundreds of millions of dollars that we will be announcing later this week. Stay tuned! 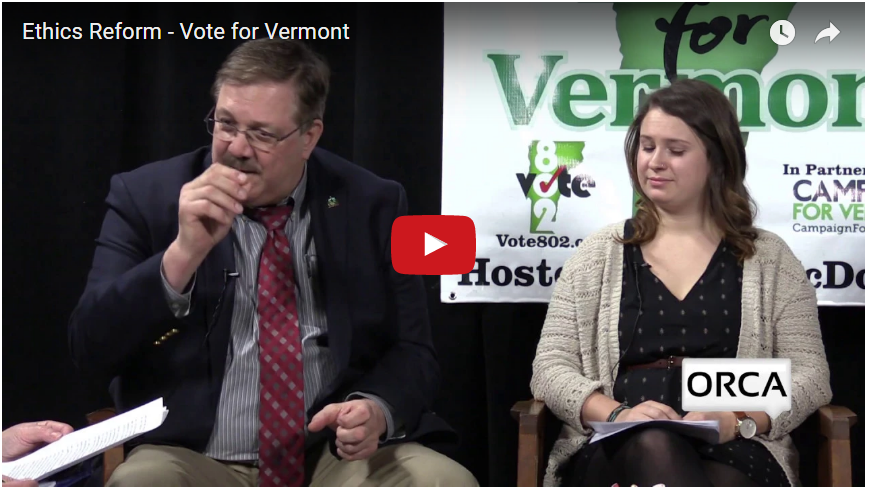 Thank you for your continued support,