The opening week of the 2017 legislative session, a group of independent legislators wrote a letter to the State Board of Education (SBE) calling for an investigation into board member William Mathis who is employed by the National Education Policy Center (NEPC) and receives funding from groups like the National Education Association (NEA) and the American Federation of Teachers (AFT).

Because both groups have a direct interest in many issues that come before the SBE this poses a conflict of interest and a potential violation of the Executive Code of Ethics which Mathis and other board members are supposed to adhere to. We are calling for an investigation into Mathis’ conduct... 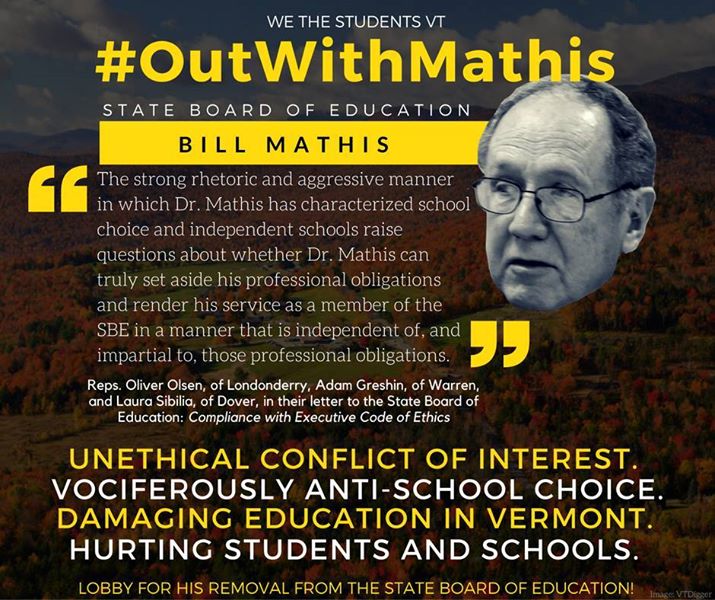 I am writing to ask you to join your fellow legislators in calling for an investigation into State Board of Education (SBE) member Dr. William Mathis and his potential violations of the Executive Code of Ethics (Executive Order 9-11).

As a public board under the jurisdiction of the executive branch the SBE and its members are subject to this Code of Ethics and expected to comply with its requirements. Foremost among these is the prohibition of “any action in any particular matter in which” an executive appointee “has either a conflict of interest or the appearance of a conflict of interest” (EO 9-11: III A(2)). Further, those subject to this Code of Ethics “shall not solicit or receive any payment, gift or favor from any private interest” which “conducts business or activities that are regulated by the appointee’s public body” or “has an interest that may be substantially affected by the appointee’s official actions” (EO 9-11: III A(6)).

Mr. Mathis is privately employed by the National Education Policy Center (NEPC) which is a non-profit research institution housed within the University of Colorado. This alone would not inherently be in conflict with the Executive Code of Ethics, however the funding of NEPC would make us believe a potential conflict exists. According to their website and a recent letter sent to the SBE by fellow lawmakers, NECP receives funding from the National Education Association (NEA) and the American Federation of Teachers (AFT). Both of these organizations have immediate and direct interest in matters that appear before the State Board of Education including but not limited to professional regulation of teachers, school governance, and rules for contract negotiations.

According the Executive Code of Ethics Section V, the “Governor or his designated agent shall have the power to sanction any violations.” I ask that you join your fellow legislators in calling for the Governor to conduct an investigation with the intent of determining if a violation has occurred and consequently take appropriate action.

Thank you for your immediate attention to this matter,

(YOUR NAME)
Supporter of Campaign for Vermont Prosperity

You can find your legislators email and other contact information here: 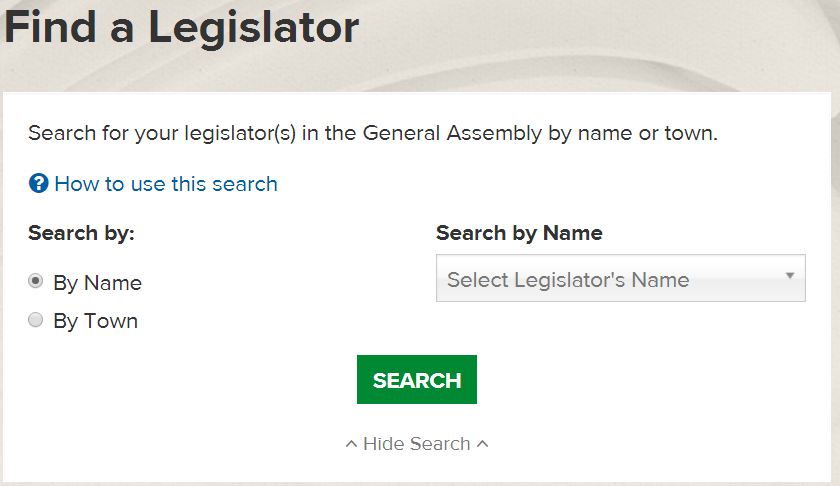