We are mounting an effort to push back – more on this soon – but in the meantime, you can support our legislative efforts in transparency and accountability in state government: campaignforvermont.org/support_ethics_reform

Re-Energizing Vermont’s Public Education System
We have reached over 200,000 people with our latest report on education with robust engagement from Vermonters. Within the past two weeks we have appeared on Open Mike, Common Sense Radio, and Vote for Vermont to spread the word about this opportunity for Vermont schools and taxpayers. We have also met with key legislative leaders and expect this conversation to move forward. If you’re interested in learning more about the proposal, we have put together a 60 second video that walks you through the key ideas. 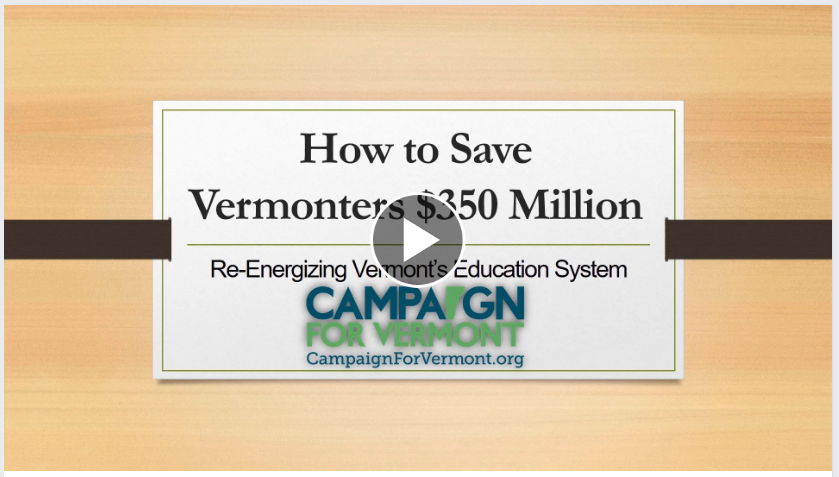 Vote for Vermont
If you are looking for all the nuts and bolts of our proposal, last week’s episode of Vote for Vermont covered our plan to save Vermonters $350 million in depth. A great conversation about opportunities this plan presents! 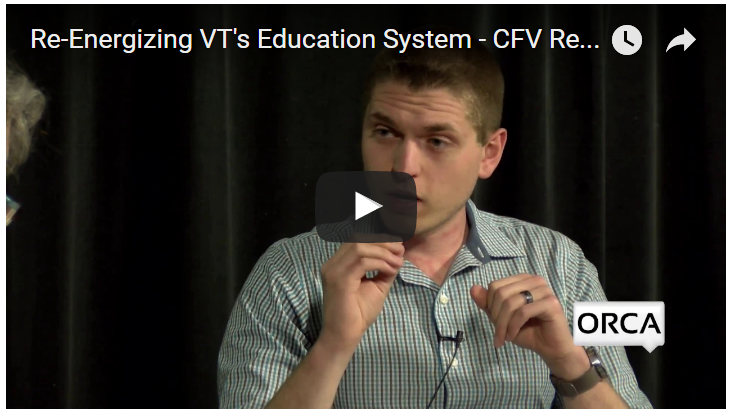 State Budget
This year’s budget debate has been remarkably tame. That may change this week. The Senate Finance Committee is poised to take their counter-proposal to the floor. There will be some differences from the House version that will be worked out in conference committee. Some spending items remain on the table, such as mental health, water quality, and affordable housing. These initiatives are projected to cost around $30 million each.

Thank you for your continued vigilance,