Montpelier, VT – On Wednesday Campaign for Vermont (CFV) released a new report that compares the wages and benefits of teachers and state employees to the private sector and what that means for the current discussions around pension reform.

“As a former Commissioner of the Department of Labor and Commissioner of Human Resources, I was surprised by what we found in this report,” said CFV President Pat McDonald, “I think everyone needs to read this report because there were a number of assumptions that were carried through the years that were just plain wrong.”

The report found, among other things, that public employees make around $12,000 more per year in wages alone than the average private sector employee (this gap grows further when benefits are considered). In retirement, this number jumps to over $20,000 per year. The average public employee in Vermont also earns right at the 75th percentile for all wage earners in the state. This means, on average, they are in the top 25% of income earners before benefits are even considered. 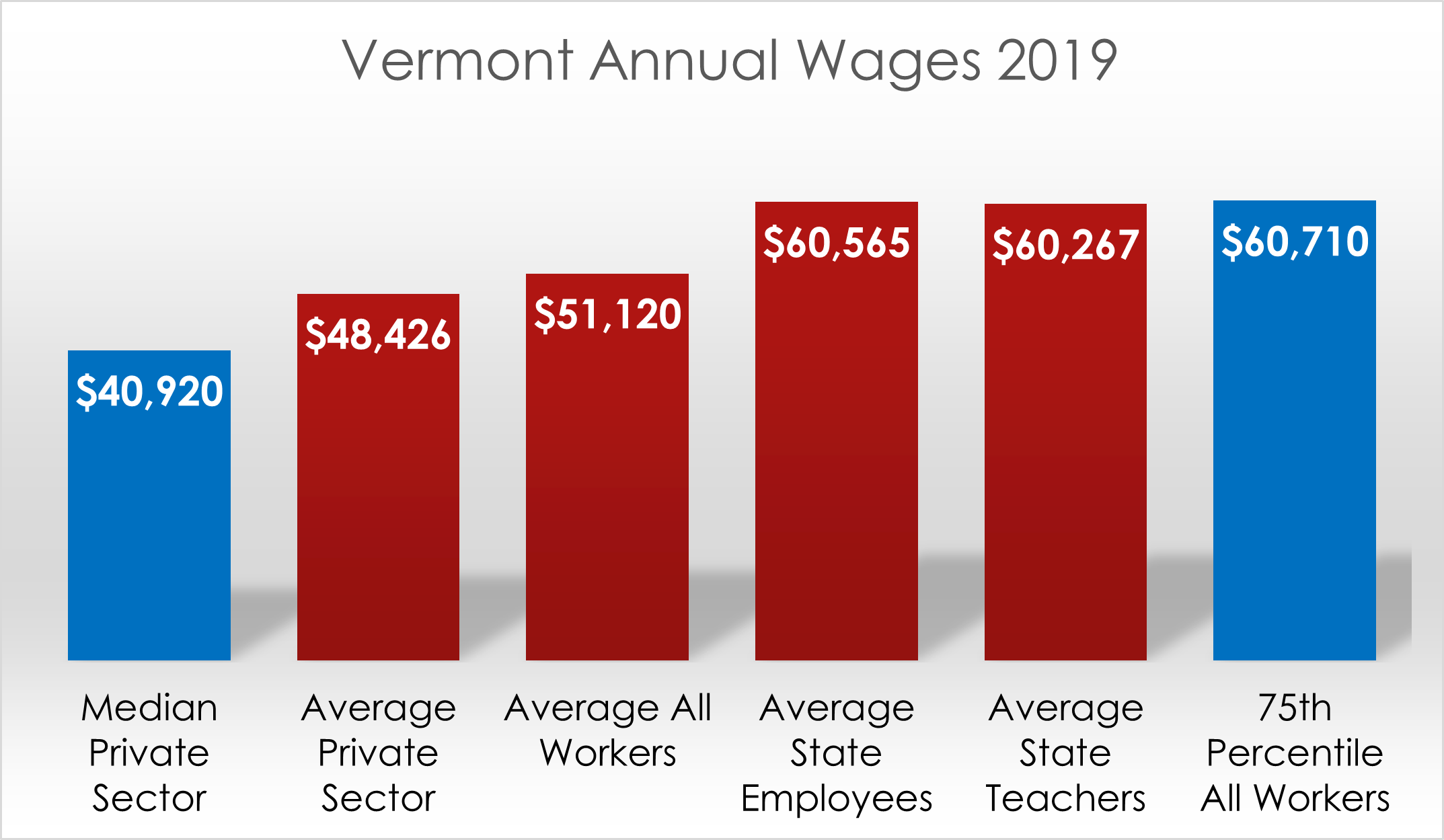 “The goal is to better inform the public and policy makers about the reality around compensation for our public employees,” said Ben Kinsley, one of the lead researchers on the project. “There is a perception that state employees and teachers are underpaid and that we must offer extremely competitive benefits in order to compensate for this. In reality, the data doesn’t appear to back this up.” he concluded.

The organization hopes the pension task force, which is preparing to make recommendations to the legislature, will review this information and ask appropriate questions about the total compensation of public employees as they receive push back on making critical changes to pension benefits.

“We have always said we need to value or public employees,” said McDonald, “we should not break promises, but to do this we also need to make changes that safeguard the long-term stability of our pension funds. I think what we have learned here is that going forward we maybe don’t need to be quite as generous as we thought we did to compete with the private sector.”

The full report can be found at CampaignForVermont.org/Public_Employees