So, what is pupil weighting? In simplest terms, it is the formula that determines the dollars-per-student contribution from the state to a Vermont public school. It seeks to take into account variables that impact how much it costs to educate a school's students such as population density, poverty rate, and the number of English language learners. The intended outcome is an equitable distribution of state funds that puts money into the communities that need it the most.

The charts below show the town-by-town tax implications of these changes. Please bear in mind that these numbers are by no means set in stone and are subject to change before any vote takes place.

If the charts are too small to view, click here to view the complete JFO testimony that contains this data. 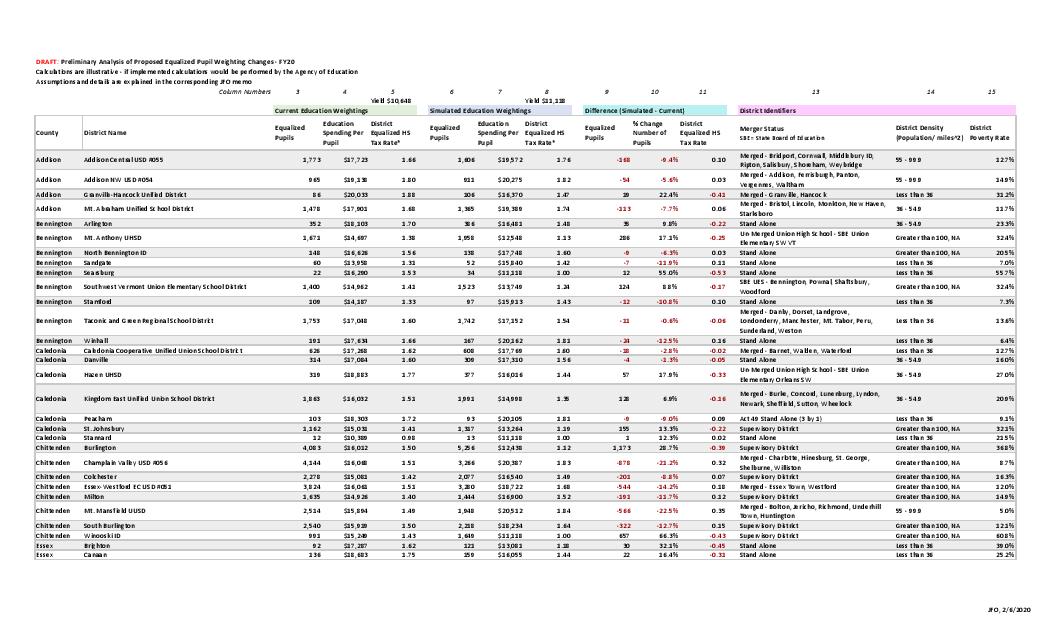 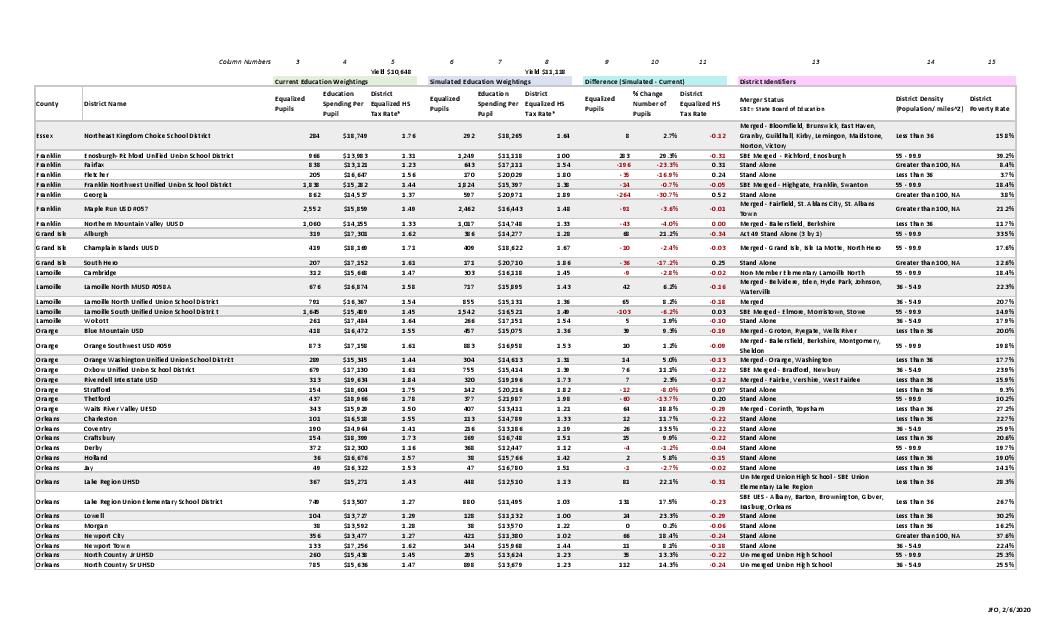 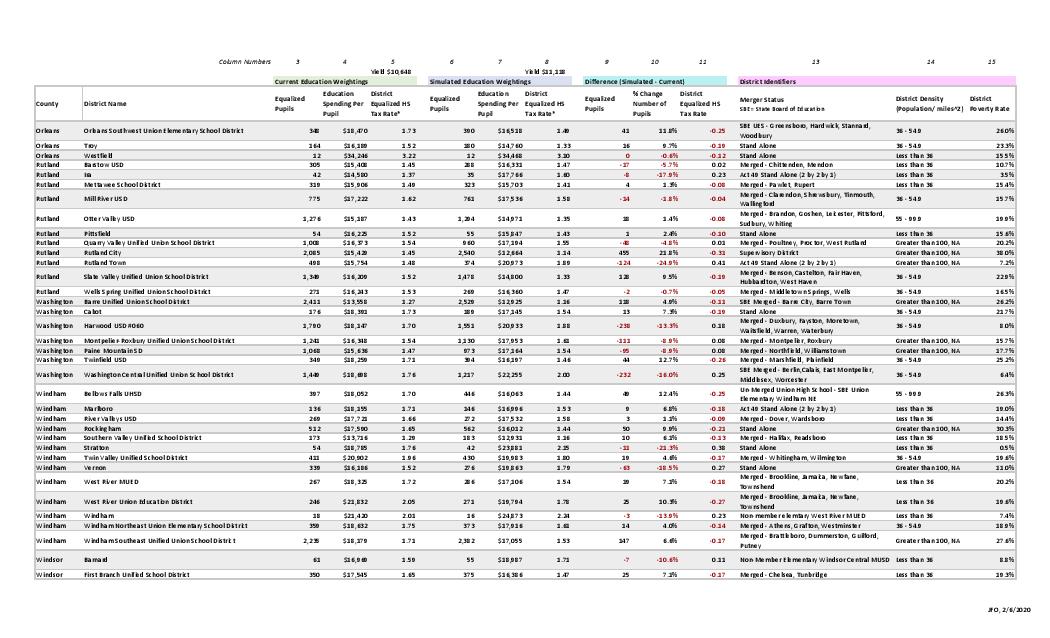 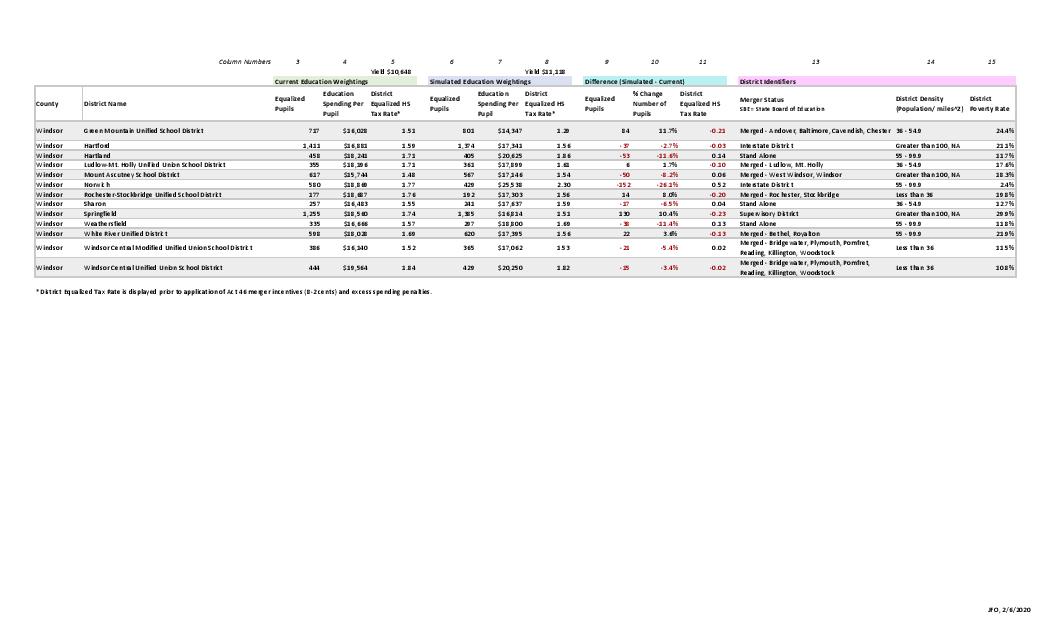